Find out about how the original Napster introduced many people to file sharing, until it was shut down. 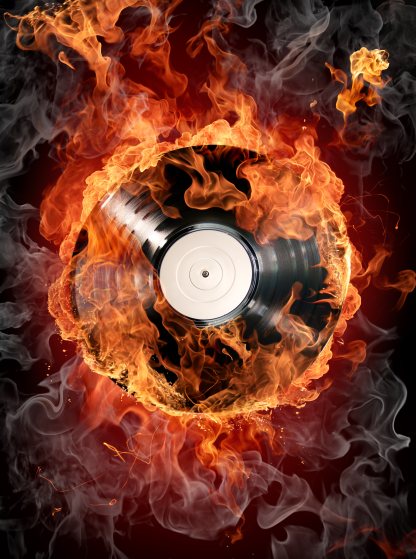 This history of file sharing was written by Sean McManus while conducting research for the Rock & Pop Timeline book by Johnny Black, which presents a year by year history of the music industry, its stars and fashions. The article doesn't appear in the book in its original form, so I thought I'd share it with you here...

In 1999, Shawn Fanning launched a new program that was to change how many people used the internet: Napster. The software enabled music fans to swap songs stored on their computers with each other and to find each other through a central directory. Napster users could trade in bootlegs, rare tracks and current releases by major artists.

The Record Industry Association of America (RIAA), which represents five major record labels and a host of smaller labels, was annoyed. "We love the idea of using technology to build artist communities, but that's not what Napster is all about. Napster is about facilitating piracy, and trying to build a business on the backs of artists and copyright owners," said Cary Sherman, senior executive vice president and general counsel for RIAA. In December 1999, the RIAA sued Napster for copyright infringement.

The publicity and word-of-mouth attracted more Napster users and inspired the web community to start building its successor for if Napster should be shut down. Early in 2000, file sharing program Gnutella was briefly released by Nullsoft. Although Nullsoft soon withdrew support for the software, programmers started hacking it apart so they could publish the code needed to adapt it and build new software based on it. By 2003, the site www.gnutelliums.com was listing 14 programs based on Gnutella, including Bearshare and Morpheus.

In February 2001, a judge ruled that Napster had to stop the distribution of copyright material through its network. Record companies provided filenames and song titles that should be removed and Napster blocked over 250,000 songs using over 1.6 million filenames.

But that wasn't good enough. In July 2001, a judge told Napster it must block all files infringing copyright, effectively forcing it to shut down. Napster folded in September 2002 when its sale to Bertelsmann was blocked by a Delaware court. Bertelsmann had invested heavily in the company in the hope it would provide a secure commercial file sharing application.

The RIAA has continued to pursue Napster clones in the courts. In June 2003, it claimed it would use software that seeks pirated music in the file sharing networks to gather evidence against individuals.

The recording industry has been quick to accuse internet piracy of causing a drop in CD sales, but a survey by Forrester Research in August 2002 concluded that's not true. The company said that frequent digital music consumers weren't buying fewer CDs and that the 15% drop in music sales over two years owed more to the recession and competition from the booming markets of video games and DVDs. By 2007, Forrester predicted that digital music revenues would be worth US$2 billion as long as record labels made it easy to buy songs from any record label without having to pay a flat subscription fee.

Metallica was among the artists strongly opposed to Napster, and the band launched its own law suit against the company. But not everyone has opposed Napster-like technology. In June 2003, Ween announced that it was developing its own P2P client. WeenAmp would connect fans to a peer-to-peer network for sharing concert recordings and enable them to view webcasts and listen to a Ween radio show. The band said that the software would enable them to get music to fans in minutes and prevent fake or illegal MP3s from being traded as rarities. "The taping community has always done a great job in circulating shows and this should really pull everyone into one central location to trade good sounding shows and other mp3s," said the band.

In July 2003, owners of the Napster name Roxio announced that it planned the launch of Napster 2 in time for Christmas. This time, Napster will sell digital music on behalf of record companies, but many regret that the rarities and bootlegs will no longer be available and wonder whether the spirit of Napster will survive along with its name.

Napster finally launched in the UK in summer 2004, by which time it was up against Apple's iTunes and a wide range of other paid-for music sites.