Being able to sample tastes, smells or textures online could broaden e-commerce to most products. Sean McManus reports on a new invention. 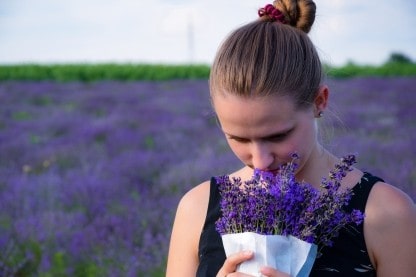 Although noisy and colourful, the internet is still sterile and senseless. Now a US company claims to have found a way to send tastes, smells, textures and even weather conditions over the internet and has been granted a US patent (#6053738) for its technology.

The 'Senx machine' is fitted with replaceable or refillable cartridges containing liquids or powders used to create the smells and tastes. These cartridges are arranged around a cylinder (like corn pellets on the cob ) which can be rotated in both directions. Doors on the cartridges can be controlled to allow a single drop to fall out. A rod slides underneath the cylinder along its length, collecting drops of the chemicals that are released from the cartridges at the bottom of the cylinder. These drops are mixed in different proportions to create different smells.

To release these smells, the rod extends beyond the reach of the cartridges into a tube where an updraught of air blows the chemicals to an outside outlet for smelling or tasting. To taste, wafers can be fitted to the outlet for flavouring with the chemicals that are dispersed, or the machine can have a straw-like outlet for putting in the mouth. Different cylinders of cartridges would probably be used for taste and smell.

Infrared sensors inside the cartridges detect when they're running out and automatically place an order for a refill over the internet.

The patent includes the suggestion that companies (such as perfume companies) could offer promotional Trisenx machines that only include their own scent. It seems likely that this could only compete with cheap scratch and sniff cards if companies created very inventive software to use with the device.

The texture simulator works by stimulating hairs on a membrane, which is then touched by putting a finger through an opening. A less sophisticated (but probably more accurate) texture device included in the patent works by rotating a drum of sample textures and using tinted lighting to colour them. This would enable customers in remote locations to choose fabrics without leaving home.

The weather simulator combines a heating lamp and a cooling agent to create a temperature quickly and a liquid capsule to create humidity. A fan simulates wind velocity and water droplets fall as rain. This quirky application might be useful for education or adventure games.

The inventors suggest that the machine could have its own controller keyboard for operation and its own memory to store information about which cartridges contain which scents. This would enable it to be used independently, or possibly in connection with internet surfing technologies such as mobile phones and web TV. Alternatively, the unit will piggyback a PC's memory and rely on it for control instructions.

A demonstration on the Trisenx website (no longer online as at June 2011) features a game where a spaceship shoots fast-approaching fruits, which using a Senx machine could be smelled when they explode. Whether the cost of the unit would be justified by this type of entertainment is uncertain. If the machine can be made accurate enough to satisfy manufacturers though, the device could transform internet shopping. So far books, software and CDs have sold well online. Being able to sample a curry before ordering could stimulate meal delivery services and being able to feel the cloth before buying will increase the sales of clothes. The company has already formed an alliance to market cosmetics, fragrance and health and beauty products and claims the first machine will be available in the Spring.

Photo by Richard Ecsedi at Unsplash.com