Sean McManus, co-author of Raspberry Pi For Dummies, reveals what it's like to write a For Dummies book.

Last year, when I came to write Raspberry Pi For Dummies, I checked online first to see what others had shared about their experience writing for the Dummies series. I was surprised to see that there wasn't much out there, despite the fact that there are over 1,800 titles available, so I thought I'd write this to share my experiences. If you want to know how to write a For Dummies book, and perhaps you've just signed the contract, hopefully this will be useful. If you are interested in any kind of non-fiction writing, I hope this will give you an interesting peek behind the scenes too.

Why write Raspberry Pi For Dummies?

The Raspberry Pi is a cheap computer that is designed for education and experimentation, and sold over a million units in its first year. From the moment I heard about it, I loved the idea of it and knew I wanted to write a book about it. 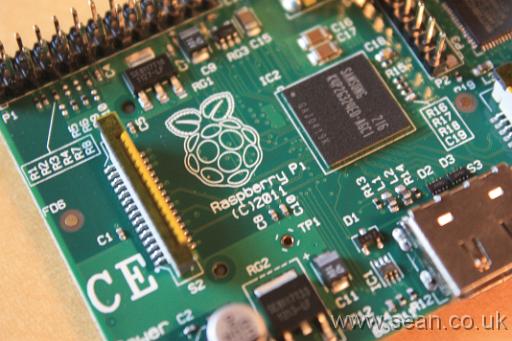 One reason I wanted to write about it was my own childhood computing experience. I had an Amstrad CPC computer when I was growing up, and learned to program in BASIC and machine code using it. It gave me a creative outlet I wouldn't otherwise have: the ability to make the computer do anything it was capable of, that I could figure out. My first published works were games and other programs in the leading magazines of the day, Amstrad Action and Amstrad Computer User. In recent years, computers have become locked down and harder to program, so young people don't have the same opportunities I had.

The Raspberry Pi represents a return to the kind of computer that you can program, tinker with and learn with. Whatever age you are, you can use the Raspberry Pi to understand how technology works, to discover new ways of thinking, and to make your own programs and inventions. It can bring back the skills we've lost in recent years, and give people the opportunity to express themselves digitally again.

I also had a few friends who had bought a Raspberry Pi but not got very far with it, so I knew there was a need for a guide that would take people from their very first steps through to learning to program and building electronics projects.

I wanted to write a book that would help people to get the most from this great new computer, and also relished the opportunity to learn about it myself and learn some new technology along the way.

The For Dummies series is one of the best selling nonfiction series in the world, so it was a wonderful opportunity for me to write for it too. When I was writing the Older and Wiser books, people would ask me if they were like a "For Dummies" guide, which shows how the brand has become the de facto standard for beginners' guides.

How I got to write a For Dummies book

Over the last few years, I've written several books for Wiley including iPad for the Older and Wiser, and Microsoft Office for the Older and Wiser. I had mentioned that I was interested in writing a book about the Raspberry Pi, so we entered discussions when Wiley was looking to commission a For Dummies book on the subject.

My experience with electronics is somewhat limited and timescales were tight, so I proposed Mike Cook as a co-author to write the electronics chapters. Mike had posted some great Raspberry Pi projects on his website, and his name was familiar to me from his work writing for Acorn/BBC computer magazines in the 1980s and 90s. Wiley got in touch with him, and I'm delighted that he came on board.

I understand that Wiley's policy is not to accept unsolicited proposals for For Dummies books, so if you want to write one, you could try approaching them through an agent, or see whether you can work with the publisher on other series first. It also helps to raise your online visibility in your area of expertise. The first book I wrote for Wiley was Social Networking for the Older and Wiser, after one of their commissioning editors found me through Twitter.

Nuts and bolts of writing a For Dummies book

Once the project got the go-ahead and we signed contracts, I was sent the Word templates I needed to use to write the book. They were different to the templates I'd been using for my previous Wiley books, but the good thing was that they were designed to more or less represent the layout of a For Dummies book. That has two advantages:

The templates are designed to cover every type of Dummies guide, so they include a lot of formats and examples I didn't need. I stripped down the Word template to include just a sample chapter title, sample introductory bullets, sample body paragraph and sample image caption. When I occasionally needed a table or something else, I copied it from the original Wiley templates, but having a reusable blank sheet with just the styles I needed saved a lot of time.

I also created a spreadsheet for managing the book, which helped me to keep track of progress, and make sure I was consistently hitting targets. It also calculated the final page counts for each chapter by taking the page count in Word, and adding in a third of a page for each picture. Each day, I would update it with the number of pages I'd written and the number of pictures I'd made, and it would tell me what percentage of the book was written, and where chapters were under or over their planned page count. It was also vital for keeping notes of crossreferences to things I hadn't written yet, and anything I needed to double check.

The writing and editing process

The writing schedule ran from 11th September (contract signature) to 17th December (final delivery of first draft). There were 25% deadlines throughout that period, where I had to deliver a chunk of the book. The copy editor didn't start editing until December, so these milestones were mainly about ensuring the book was on track throughout the writing process.

Mike and I worked largely independently, although we helped each other out with a few things along the way, and we liaised where there would be crossreferences between our chapters.

I structured my schedule so that each 25% chunk would have a mixture of easy and hard chapters in it. As is often the case, the ones I thought would be easy turned out to be hard and vice versa, but I modified the plan as I went so I could deliver 25% of the book at each deadline, although the chapters did not necessarily make up a continuous sequence. I created example programs too that would demonstrate what the Raspberry Pi could do with Scratch and Python. I wanted to avoid recreating anything else that was already out there, so I did a bit of research to see what other books had used as examples and came up with something different.

I was surprised that although there were a lot of guidelines on formatting, there were very few guidelines on the writing style of a For Dummies book. The series name has always struck me as a bit of an in-joke with its readers, because if someone really was a dummy, they wouldn't be able to learn how to program, or any of the other cool but challenging things the series covered. The style, though, is friendly and direct, and my experience writing other Wiley books for beginners meant that the copy edits I received were minimal.

There was also a technical editor, Paul Hallett, who reviewed the copy and tested everything worked as we'd written it. You can read more about Paul's experience on the book here.

After all the copy had been submitted, we entered what's known as author review. During this process, I received the edited documents back to clarify any queries and check that the text remained accurate during editing.

I later received the page proofs to review, which was an opportunity to make sure that everything had been laid out correctly.

The finished book has the high production values you would expect, and looks great in print and in ebook.

Photo of a stack of Raspberry Pi For Dummies

After publication, I worked with the publicity and marketing teams at Wiley to spread the word about it. They did a great job of alerting press to it, sending out review copies, and getting press coverage. I came up with ideas for a couple of promotional free gifts, a paper case for the Raspberry Pi and a 74-page sample of carefully selected chapters that introduce the book and showcase its style (download both here), and the design and marketing teams at Wiley did a great job of putting these together. I also spent some time creating a Facebook page, writing a Q&A, and lining up some reviews and blogger relations.

The book did take over my life for about six months, but the result has been wonderful. I'm proud of the finished result, and delighted with the feedback I've had from people about how it's helping them to learn new skills. I enjoyed learning all about the Raspberry Pi and picked up some great new research and writing skills along the way.