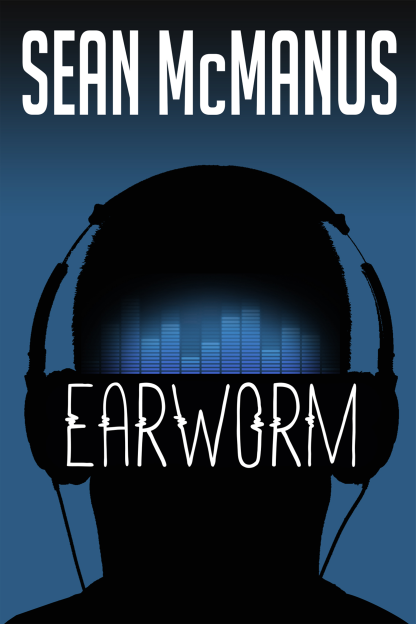 Previously published under the title 'University of Death'

A HILARIOUS SATIRE OF THE MUSIC INDUSTRY

It took ten years to create the perfect song. Clive Bigg is the only man who can bring it to the masses, but his record label has built defences to keep fresh ideas out. Can Jonathan break in and convince Bigg to gamble on his track? The future of the music business is at stake.

In this entertaining techno-thriller for adults, Sean McManus takes a slice through the music industry: from the boardroom to the stage; from the studio to the record fair. The story explores how fans relate to their favourite bands, how businesses can use technology to manipulate consumers, and what would happen if the music business disappeared overnight.

Although the novel includes fictionalised cameos from some well-known pop stars, the story focuses on those who are at the bottom of the industry and trying to claw their way up.

The book was remastered in 2015 and is now available on Kindle and in print.

"One of those reads that not only peers behind the curtain of the music industry, but offers up some food for thought too. The plot revolves around Bigg Records who use AI to serve up their releases and so avoid worrying about expensive pop stars. And the fans seem non the wiser... for a while. It's a delightfully cynical glance into the murky workings of a crumbling music industry."
- Electronic Sound Issue 25

"McManus keeps the action moving at a good crack, and the ideas trip out lightly in snappy dialogue. All round, the novel is a great genetic splicing of ideas and action, culminating in an incendiary showdown almost worthy of a Bond movie. Along the way it slips in telling observations about taste and commerce, culture and technology, creativity and consumption."
- David Jennings' blog for his book Net, Blogs and Rock'n'Roll

"Raising a number of surprisingly sophisticated issues, this book is enjoyably cynical about the seemingly cold-hearted and impenetrable nature of the record industry and peppered with a number of highly comical cameos from the cream of rock'n'roll, which ensures that it never feels like heavy going."
- Lewis Heritage, books reviewer, Record Collector magazine issue 350

"A fun novel about the problems faced by musicians in making their mark on a music industry that's falling apart. A bitter satire that works its way up to a memorable finale."
- Metal Hammer magazine

"The novel satirises the music industry and the clichéd types that populate it, the lead character an affable fellow who you can't help but like - his meditations at his monitor screen, desperately trying to sort ideas, will be familiar to most of us who create music either for a living or for love. Amusing and well written."
- MusicTech

Meet Thing, Fred, Dove, and Creak in this 48-page PDF sampler of Earworm that gives you the first five chapters of the novel. You'll see Jonathan take his first steps towards infiltrating Bigg Records, discover what happens when Fred and Simon get a chance to perform on TV, and find out how the band relax after a University of Death gig. Download it now!

Sean McManus is a professional writer who has written for magazines including Musician, Making Music, Melody Maker, and Future Music. He is the author of a number of non-fiction books, including Raspberry Pi For Dummies, Scratch Programming in Easy Steps and Web Design in Easy Steps. Earworm is Sean's first novel and is aimed at adults. Sean has seen over 300 bands live (and is still counting) and writes and records his own music. Find out more about Sean here.