Book review: At the Apple's Core by Denis O'Dell 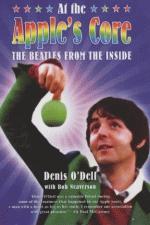 The thing that fascinates me about tower blocks is that you have so many unrelated lives neatly stacked. Through each window, you'll see somebody with different friends, dreams, work, problems and achievements. As you glimpse these lives, from a passing train for example, you get just a tiny taste of the scale and richness of human existence.

Everybody has a unique story to tell. Even shared experiences like 9/11 and Live Aid affect people physically and emotionally in different ways. Sometimes a well-worn story can have some life injected into it by being reviewed from a new angle.

So we come to The Beatles, perhaps the most documented band in history. Their own autobiography extended to five DVDs and three double albums of out-takes. There is no shortage of unofficial accounts either.

The book 'At the Apple's Core' (first published 2002) reviews the Beatles experience from the point of view of Denis O'Dell, one of the directors of Apple and a producer of several of the Beatles films.

The making of films like Magical Mystery Tour and A Hard Day's Night naturally dominates the story, although there's also a lot about The Magic Christian (starring Ringo) and some aborted film projects. There are a few chatshow anecdotes, such as Paul buying a horse and the Beatles hiding their stash in film cans so they could be ordered from Abbey Road if needed. O'Dell comes across as a gentleman, unwilling to be too harsh to his former employers, but there are hints of how unreasonable they could be. Paul asks him to organise a wedding reception for Magic Alex at a few hours' notice, for example, so used to having things done that he is completely unaware of the work involved in doing them.

The book gives a few insights into how the Beatles lived. The rooftop concert is famous now, but O'Dell's take is partly that they were too afraid to hold the concert in public given the excesses of Beatlemania. Paul used to wear strikingly unfashionable clothes as a disguise so he could get about town without being mobbed too.

Much of this book's material is well known, particularly the Beatles' own story arc. There's not much fresh insight into the collapse of the Beatles or into their relationships with each other. But since this is written by someone who was actually there, it's a bit like spending a night in the pub with him reminiscing. With no disrespect intended towards O'Dell's talent, his was another relatively ordinary life touched by the Beatles. While none of us could have been in the band, many people could have been near them, and it's interesting to see what life might have been like if we had. This is not the most thorough Beatles book available, but by focusing on one man's experiences at Apple, it gives an interesting contribution to the Beatles library. 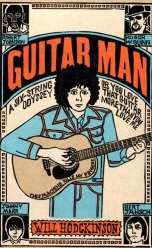 Plenty of people have picked up a guitar and learned to strum a few chords. Will Hodgkinson for no good reason decided that he would go far beyond this, and learn to play guitar well enough to perform his own concert within six months. Guitar Man is his story.

Hodgkinson's day job is as a journalist, so we can't help wondering how much of his journey is engineered so he can write a book about it, particularly given the arbitrary nature of his goal (Why six months? Why now?). His research background shines through in the trivia about the social history of the guitar, but it felt at times like he was leaving too much out of the interviews he conducted with famous guitarists.

The best bits are when he manages to blag a guitar masterclass from the likes of Johnny Marr of The Smiths and Roger McGuinn of the Byrds. While we can share in Will's excitement at meeting his heroes and his progress as a guitarist, the book fails to pass on any of these lessons. I would have appreciated a more technical appendix that explained the killer techniques he picked up.

It didn't matter that I didn't know most of the music he writes about. Anyone who's ever loved a song will relate to and enjoy reading about his adventure. It's strictly one for hardcore music fans, though. If you've never played an instrument and never read an issue of MOJO, this probably isn't one for you.

Changing ISP is like changing your bank. It's a real hassle. You have to tell everyone your email address has changed. You have to update all your banking and online shopping sites, so that you can be sure that those accounts remain secure. There will be many people who will regularly hop between ISPs, in the same way many people are rate-whores, flitting between credit cards. Most of us, though, settle down with an ISP and stick with it for a long time.

So choosing the right ISP is important. You would expect people to study the privacy policy, and terms and conditions to work out what kind of junk messages they will have to endure, what they'll be allowed to do, and how much it will cost. If they don't, then they can't complain later. If they do, then they know what they're buying and it's part of the contract between supplier and customer. But what if the privacy policy turns out to be lies?

The blogosphere is up in arms over AOL. It released the search history [link broken] of over 500,000 of its users. It replaced screennames with unique numbers, but that's not enough to completely conceal everyone's identity. Some people have searched for themselves, their friends or local amenities. Some of the more exciteable blogs are suggesting there is evidence of criminal intent in the searches, which goes to show how dangerous this data is. People leap to conclusions.

AOL apparently released the data as a contribution to the research community. Maybe they didn't study it closely enough or realise the privacy implications. You could argue that releasing the data was a foolish mistake. Yes, they're stupid, but at least they didn't mean harm.

Well, here is where it gets evil. There doesn't seem to be any doubt that they betrayed the contract they agreed with their users. Their own privacy policy says that 'information about the searches you perform through the AOL Network and how you use the results of those searches' is part of a user's 'network information'. That information, the policy adds, will only be disclosed as set out in the privacy policy. There's the usual stuff about law enforcement, managing their own network and any disclosure you've consented to. But there's nothing about releasing the entire data set into the public domain for research purposes.

AOL has pulled the data set now, but it's widely available online. The company could recover from making the mistake of releasing the data, provided it apologised [link no longer available] often and sincerely enough. Recoveries like that happen in business all the time. I don't think it will be able to recover so quickly from the breach of its own privacy policy. How can AOL ever expect customers and prospects to trust it again?