A case study in interview technique

I often write case studies. This involves interviewing people to get them to tell me how great a particular product or service is, and then writing that up on behalf of the supplier so it can be used for marketing purposes.

I have two killer questions I always end the call with. First, what would you say to others thinking about using [the product]? That usually results in a direct endorsement which can otherwise be hard to stitch together from the interview. Secondly, I ask what the best thing is about the product or supplier. Even in a long interview where the interviewee is now repeating the same answer to distinctly different questions, that tends to throw up something new and interesting.

Yesterday I was researching a story about a giant IT transformation project, of the kind that only true industry leaders can attempt. I asked the project manager "what would you say is the best thing about [supplier]?" There was a long pause, so I knew he was going to come up with something well considered, something that would bring a new light to the dry technology story we had so far.

"The best thing about them?" he said. "Their name. I just like the way it sounds when you say it."

Truth is stranger than fiction

I've hung around in a few writing forums over the last two years, and one of the things that newcomers often say is that they really want to write a book but they can't think of anything to write about. That seems the wrong way around to me. The best writing is driven by a story the author really wants to tell, rather than being a bunch of words looking for an idea.

Still, everyone needs inspiration. My top tip is to read the 'And finally...' stories in newspapers. The stuff that actually happens in real life is far stranger than what you could possibly dream up, and just gathering ideas from these short reports is bound to make something spark. One of my favourite cuttings from the last two years was about a Chinese man who hired a woman to pretend to be his girlfriend so that his wife could beat her up, believing it really was the girlfriend. The cutting was only about 40 words, but there's three different characters hinted at there - such great potential for a piece of short fiction.

Here's another gem from today's news. According to the BBC, a German prisoner who was working in a stationery workshop mailed himself out of the prison. He climbed into a cardboard box, slapped a stamp on the top and then got freighted out. Once he was safely outside the jail, he cut his way out of the box and the lorry and ran away. If somebody had written that in a book, it would have seemed perhaps a little far-fetched. It goes to show that truth really can be stranger than fiction.


Here's a load of pumpkins I photographed in Cambridge the other week (er, around Halloween time, funnily enough). I'm a bit behind on posting photos, but I've got a selection I'm keen to share, so I'll try posting them over the next few weeks. They say a picture is worth a thousand words, and I can say with some confidence I won't have time to write a thousand words any time soon. 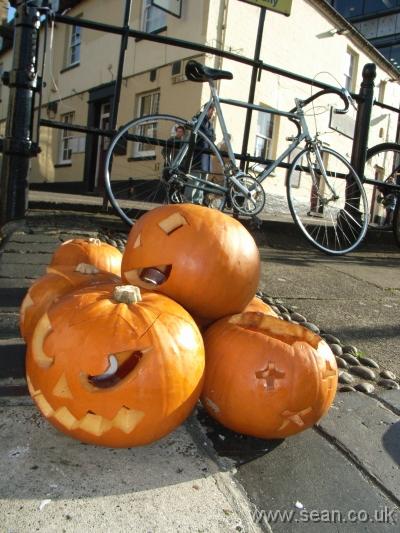 If you want to promote cheese as fresh, and present it with juicy tomatoes and grapes, it might prove counterproductive to adopt a maggot as your mascot. Putting a mortar board on him does not make this a clever move. 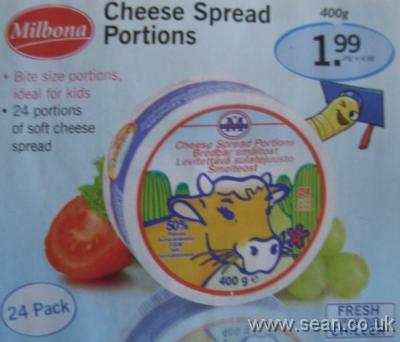 University of Death: news in brief

I've just published the second edition of University of Death. I took the opportunity to revise a few minor errors and I made a couple of short cuts (about 20 words) to fix descriptions that readers said were confusing. Thank you to those who provided feedback. This version includes magazine reviews on the back cover and squeezes an extra deleted scene into the Extras at the back. If anyone with a copy of the first edition would like to read that extra scene, let me know. It includes spoilers so I'd rather not publish it online.

The book has been reviewed in Music Tech magazine this month (read the review here). There was also a story about the online signing tool in this month's Writers' News magazine. There are a few more reviews that are due, but the main PR campaign for the book is drawing to a close now.

If you'd like to order a copy of 'University of Death' for a friend for Christmas (thank you!), Lulu has published its ordering deadlines. Because books are printed as they are ordered, you are advised to allow as much time as possible. The standard shipping deadline in the UK is 28 November, although Lulu recommends Express shipping (which has a delivery guarantee) for which the deadline is 12 December 2008.