Live Earth: The view from the pitch at Wembley 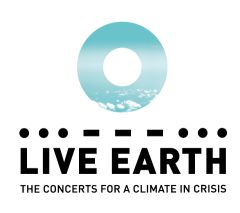 Even if many critics weren't, the Earth was on our side yesterday as we stood on the pitch at Wembley to witness the London leg of the Live Earth concerts. We had the finest weather we've seen in weeks.

The show began with the SOS All Stars, including the drummers from Queen, Red Hot Chilli Peppers and Foo Fighters. About thirty drummers beat out various rhythms, initially based loosely on the morse code for SOS, and later including Queen's 'We Will Rock You'. The video screens showed film of an ailing planet, and cute animals looking directly at us, through the lens, to intervene.

Phil Collins is mothballing Genesis after they conclude the current tour, so it was an unexpected treat to get to see them play what is likely to be one of their final dates. The short set had the instrumental 'Behind the lines' and 'Turn it on again' for the old school fans, and Land of Confusion (apt for the day) and Invisible Touch for the new-era fans. Phil Collins was on fine form, and when he sang 'she will fuck up your life' in Invisible Touch, he did it with all the feeling of a man who's recently been divorced.

After seeing Razorlight, I'll be paying more attention to them in future. They rocked the venue and had proper songs to boot. Snow Patrol were entertaining enough, but inessential listening at home. For me, the most striking part of their set was how moved by it all the woman in front of me was. She had goosebumps (no, she wasn't cold), and she was doing the 'oh my God!' thing at the first few notes of every song. It was symptomatic of how some people cope with the physical exhaustion of standing around all day, though, that only a verse after whooping she was texting her friends again as the band played on in front of her. Or perhaps she just had a limited attention span.

David Gray played a short and sweet set (all the sweeter for being short, I imagine), and concluded it with 'Que Sera Sera'. That might be apt for 3pm at our national football ground but is an absurd song to play at an event that wants to stir up a revolution.

The Black Eyed Peas know how to party. I don't have any of their records and only vaguely remember their hit from a couple of years back. But they had fantastic energy, which was welcome after Paolo Nuttini's laid-back set. Will.i.am sang a rap song he had written about the day, which was striking. Although Paolo Nuttini had sung 'What a wonderful world', this was the first real creative statement about the environment to come from the stage.

I don't have a single Duran Duran album, but I've got about 15 of their songs. (One of the great things about iTunes is how it enables you to make virtual albums by playing all the songs by one artist). I'm having an 80s 12" phase at the moment, so I was looking forward to their set. They didn't disappoint. Simon Le Bon's voice was as strong as ever and a set that started with 'Planet Earth' and included 'Ordinary world', 'Notorious' and 'Girls on Film' was perfect. It's easy to see why the band is still packing out arenas when it tours, twenty years on. When they took the stage, Simon Le Bon said: 'Hands up, anyone who didn't arrive today by private jet'. He reached for the sky, along with the crowd on the pitch, a pointed dig at other bands on the bill.

The Red Hot Chilli Peppers were a disappointment. Since I've got several of their albums, I expected to know more of their set and only knew the concluding 'By the way'. The rest of the set was noisy and formless to my ears. Similarly, the Beastie Boys were hard listening. I couldn't make out the words from where I was standing, and even the great 'Intergalactic' was just a bunch of noisy shouting. One of the Beastie Boys' best assets is their wit and that was completely lost yesterday. I hadn't expected to find both bands so much better on record than on stage.

Metallica played both of the songs I know from their catalogue and were game enough to join in when Spinal Tap invited all the bass players in the world onto the stage. Spinal Tap's bizarre lyrics and bad luck with props confused a woman near us, but for anyone who's seen the film, it was a rare treat to see the band live. The songs stood up musically as well. The presentation might have been shambolic and the lyrics deliberately naieve, but the show was mighty fine.

The Pussycat Dolls were well choreographed and half-dressed, which is presumably why they're successful. Foo Fighters played a blinder. They got everyone dancing, perhaps in part because people could see the end of a long day coming and had drunk a fair bit. Dave Grohl dedicated one of his songs to Al Gore.

And then came Madonna. She took a few creative risks: she wrote a new song for the event ('Hey you', which was not as bad as it might have been) and put together a great arrangement of La Isla Bonita with Gogol Bordello. It was pretty special to hear that song live. Her set was a great climax to the whole day, even if she did let herself down by swearing at the crowd, something she doesn't dare to do on the records she wants to sell.

The new Wembley is a good venue. The crowd management was efficient and smooth. They had free drinking water taps and were giving out pint plastics so that you could take your own drinks onto the pitch. Despite some heavy-handed warnings on the ticket (they own the copyright in any photos you take, apparently, which I've never seen before), people were allowed to bring cameras and pretty much anything they wanted except bottles and cans.

So, a great concert. But did it raise awareness of a climate in crisis? Like Live8, they asked people to text in to show their support, but by the end of the concert had only received the equivalent of half the stadium's capacity in responses. For an event that was going live to 2 billion people by TV, that's not much. Perhaps it was because the pledging system was so complex (people texted different words for different pledges) and the number wasn't on screen all day. They might have had more luck if it had been about just one thing - getting governments to listen, for example.

But the whole point is that it's about lots of little things you can do: change lightbulbs (although I don't understand whether I should do that now, or wait until my existing bulbs spark out), use the tube, recycle waste, and so on. During the day, in the short gaps between bands, there were films to explain steps that everyone can take, and art films to warn of the consequences of not doing so. I don't know if these were screened on TV, or whether they just cut to inane chatter instead. I have my suspicions that they might have edited them out.

They had a lot of obscure celebrities come on stage to read an autocue and repeat the message about energy reduction, people like Queenie from Blackadder and Boris Becker. Terence Stamp (who he?) got a particularly cool reception as the last one on stage, after a whole day of this. It would have been better if these people had spoken about what they had done, instead of lecturing us. At least Geri Halliwell spoke about how having a child has changed her perspective and made her think about the future of the planet more.

I'm guessing that the rich (as a rule) pollute more than the rest of us, so it's hard to take lectures from pop stars unless they stand up and say they're changing themselves first. Genesis played in Manchester yesterday night after opening in London, and I doubt they bought a return train ticket (they're in Twickenham today). This month's Mojo magazine says they travel by private plane on tour and that each gig uses enough power for 2,600 homes. I suppose you could argue that more than 2,600 people see the gig and so are not at home. So perhaps gigs that bring people together actually save energy? Or perhaps not.

There were repeated announcements asking people to use the recycling bins provided, but I couldn't see any bins of any kind. There were piles of rubbish on the pitch at the end. If I was a cynical person, I might have thought the announcements were just there for the benefit of TV viewers to show them how green the event was. At one point, some people linked together as many plastic cups as they could to make a snake that stretched over the heads of the crowd. Which just goes to show: if we all work together, we really can achieve anything.

Live Earth has been criticised for its own carbon emissions, but the organisers claim they've worked had to minimise energy use and that proceeds from the concert will be invested in carbon reduction programmes. The first challenge is to get people to notice the problem and take it seriously. Live Earth has, I hope, helped to highlight the climate crisis. Sometimes you have to invest some carbon to save some carbon, and, as was pointed out during the day, the concert was only the start. The event's success will depend on how many people will now change their energy use.

Commenting on your David Gray reference. Did you listen to the lyrics before commenting? He created an arrangement just for the event that was so superbly cynical to call all of us tree cutting, gas guzzling humans out on the carpet. Here's a line for your consumption:


"I asked my father what will we be?
Will we be bitter filled with regret
Will we be choking on our own sh*tâ¦"

I have to figure that's a step up from anything Spinal Tap trotted out there...

Thanks for posting. That subtlety was completely lost on me on the day, and I was very much trying to listen to the lyrics. The sound system wasn't perfect and it wasn't always easy to hear. The lyrics I did hear from this song seemed far less appropriate for the occasion. At the time this song just seemed like a misplaced football reference. Full credit to him for doing something creative for the day. If you've got a link to the full lyrics of his version of this song, I'd be interested.

In fairness most of The Red Hot Chili Peppers songs are good... don't diis them, they're class live!!!